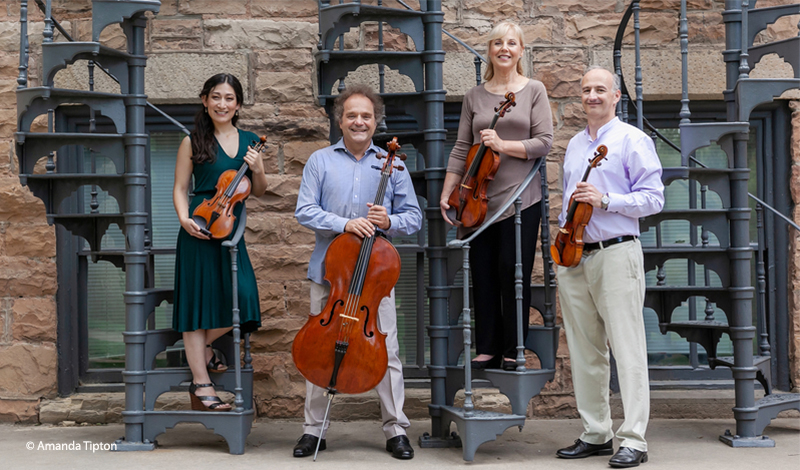 This event is part of Takács’ Bartók: The Complete String Quartets

Applying extended techniques in unprecedented ways, Bartók opened up a whole new world of sonic possibilities for the strings. Among the most notable is the Allegretto pizzicato of the Fourth Quartet (1928). Composed entirely out of pizzicato tones with various timbres and degrees of accentuation, this brief movement provides a stark contrast to the preceding and ensuing movements. Bartók’s expanded sonic spectrum enables him to conduct deeper musical investigations into the intricate human psyche. Amid the cultural, economic, and political turmoil in the first half of the twentieth century, tumultuous and extreme emotions seemed commonplace. Having lived through two of the most devastating wars in human history, Bartók tended to paint his music with dark colours and, at times, drive it with irresistible momentum, as if portraying the irresistible force of history. The insane and agitated rapture of the Allegro molto capriccioso of the Second Quartet (1917) is framed by the uneasy and gloomy mood of the Moderato and the Lento. The Sixth Quartet (1939) is permeated with melancholy. Although the negative mood is at times interrupted by lively passages, the superficiality of the momentary joy is betrayed by the eerie glissandi.

Music in Words with the Takács 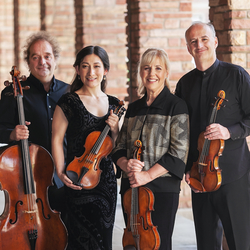