Both Lewis and Mutter are famous for their interpretations of pieces written by great German-Austrian composers such as Beethoven, Brahms and Schubert. Since her teenage years in the 1980s, Mutter has frequently performed violin concertos of Beethoven and Brahms under the baton of Herbert von Karajan and other marvellous conductors. During her November performance, the talented violinist presented three great sonatas — no. 4, no. 5 (“Spring”) and no. 9 (“Kreutzer”) — with strong expressiveness and impeccable control. Her piano accompanist, Lambert Orkis, also surprised music lovers with his colourful touch. They encored three pieces in response to the standing ovation they received from the audience.

As one of the most accomplished students of Austrian pianist Alfred Brendel, 47-year-old Lewis has learned quite a lot from his contemplative mentor, not only in terms of his approach to classic and romantic works but also his ability to properly infuse thoughts and emotions into  melodies in order to create subtle tensions between sentences. 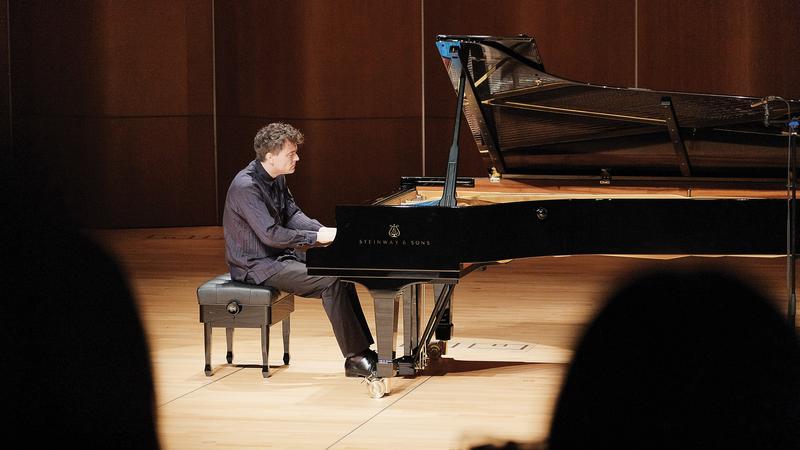 Before the 33 Variations on a Waltz by Diabelli in the second half of his recent recital, Lewis opened with the piano sonata D894 written by Schubert, one of the most famous admirers of Beethoven. Both works were written during their respective composers’ final years. Compared with the introversion and melancholy hidden in Schubert’s D894, Diabelli Variations which noted music critic Donald Lovey once called “the greatest set of variations ever written” and conductor Hans von Bülow described as “a microcosm of Beethoven’s art” —  is a bright journey full of parody, humor and unexpected contrasts and juxtapositions.

The British pianist, who is known for his restrained musical interpretations and low-key personality, challenged himself by expressing emotions in a direct and passionate manner with an emphasis on displaying strong contrasts between phrases and paragraphs.

Interpreters of the Diabelli piece face a number of challenges. They must carefully consider how to present delicacy and sophistication based on rhythmic riffs and ornamental turns of phrase. On his fourth Hong Kong appearance, Lewis provided a richly characterized performance. His approach to the 13th and 20th variations proved the most impressive. The former struck listeners with mischievous contrasts between the chords, while the poetry and mystery of the latter reminded one of Beethoven’s late string quartets.