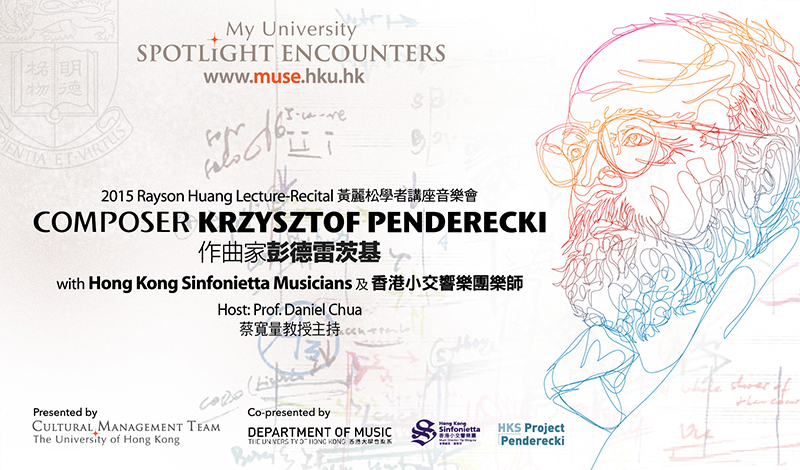 Appointed as HKU’s 2015 Rayson Huang Fellow, Krzysztof Penderecki is one of the greatest living composers of our time. His prolific career spans more than half a century, winning numerous prestigious awards including the Prix Italia, Sibelius Gold Medal, Grammy Awards, Grawemeyer Award, as well as some of the highest decorations by countries such as his native Poland, Germany, France, Italy, and Japan.

In this lecture-recital, musicians from the Hong Kong Sinfonietta will perform two of Penderecki’s representative chamber works, and the Maestro will join Prof. Daniel Chua (HKU Music) in a dialogue to discuss his works and share his life and career as a composer.